Efflorescence is grey-white hazing on the facade brickwork. This hazing is caused by substances present in the brickwork which, due to contact with excessive water – from construction moisture and rain – are deposited on the surface of the facade when it dries. We can distinguish three types of efflorescence: salt efflorescence, lime wash out (efflorescence), and gypsum efflorescence on the bricks.

This type of efflorescence mainly occurs when there is excessive contact with water during the bricklaying or jointing. Water-soluble compounds are transported to the surface through the pores of both the brick and the joints. Upon drying, the salts crystallise and form visible white hazing/deposits. These sulphates taste slightly salty.

This ‘early’ white efflorescence is the most common and is quite harmless. It in no way affects the quality of the bricks or brickwork. 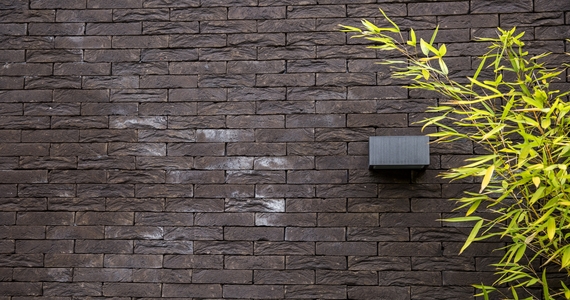 Since this form of efflorescence is soluble in water, it is washed away naturally by rain and wind. This efflorescence will therefore gradually dissolve in the rainwater and eventually disappear completely.

The process can be speeded up by regularly wetting the affected bricks with lukewarm water (from a garden hose). After repeating this process several times, the efflorescence will gradually decrease and even disappear.

Lime leaching mainly occurs in walls built from bricks with low water absorption. During rain, the mortar joints are subjected to excessive moisture loading due to the low water absorption of the bricks. This slows down the carbonation (chemical reaction) of the ‘free’ lime in the mortar joint. Excessive contact with rainwater also results in leaching across the surface of the facade, and the produced lime eventually reacts with carbon dioxide from the air to form the white calcium carbonate. Lime efflorescence is visible as a white deposit on the mortar. Lime wash out, or lime leaching, is visible as a white deposit on the visible face of the bricks or as a narrow stain below the perpends. Lime efflorescence or leaching is tasteless. 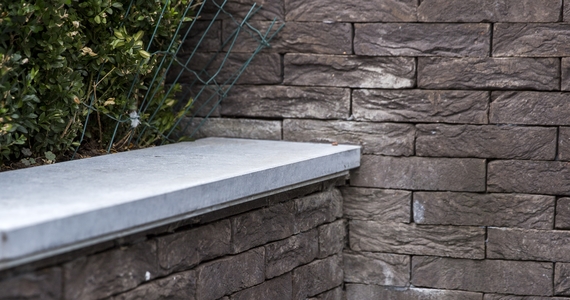 Gypsum or calcite efflorescence is a specific form of efflorescence and is often described in professional jargon as 'LGE' ('Late Gypsum Efflorescence'). It is a stubborn white scale residue that only forms on the facade after some time and spreads systematically. This can take place after a few months, but may also only appear after several years.

This LGE is not due to the quality of the bricks used but rather is the result of changes to mortar and cement compositions and the addition of admixtures to the mortar, such as plasticisers, air entertaining agents, retarders, accelerators, and antifreeze. This, combined with factors such as the season the brickwork is done, weather conditions, orientation of the facade, and covering of the fresh brickwork, can lead to development of this white residue.

In LGE, the lime from the efflorescence (lime leaching) has bound with the CO2 in the air to form an insoluble gypsum layer. Therefore the resulting gypsum residue is much more difficult to remove than the other forms of efflorescence.

LGE cannot be prevented, but as with all forms of efflorescence , carefully following the general instructions for use during the masonry work can go a long way towards preventing much of the LGE .

Get in touch with an expert